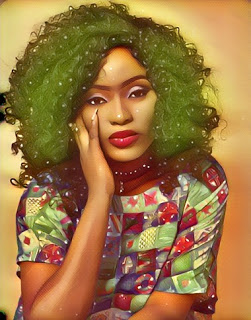 ‘Paint it blue’ had been on replay for the last hour as I reflected with a glass of red wine.

My phone rang for the hundredth time that evening. All these people calling, they all want one thing or the other.

Without processing, I picked up phone ,pulled my sim card and headed straight for the toilet, dropped and flushed.

That was suppose to make it stop, but it didn’t. The messages didn’t stop popping in, I picked my phone up again and this time I put it on airplane mode.

The night ended up in tears, tears for the emotions I kept bottling up, tears for this pathetic world and tears for absolutely nothing.

I woke up on the couch, clearly I didn’t make it to the bed last night. I searched for my phone which I found somewhere under the couch. It was almost 9:00am. It’s a Sunday and I have the whole day to myself. I smiled as I made an attempt to stretch out , just at that moment I remembered I promised to see Yemi tonight.

Yemi is a brillant pharmacy student in his final year not to mention, he’s good looking. We met about two years back but I wanted nothing to do with him due to the inauspicious rumors about his lifestyle, girls and all.
I did give him the benefit of the doubt, but the first and only time I met with him, he was impolite. This made me assume the rumors were on a right path. I stayed away from him for almost a year until I ran into him again about 2 months ago.

He lost his favorite uncle and I can say my path of sympathy led into friendship.

He says he’s not the same person he used to be . I am willing to take his word for it and I have no intention of getting anything and besides I am at a point in my life where I’m becoming the woman I want to be.

Later that afternoon, I had to go out to get a new sim card and this time I hope my cell number stays as discrete as possible.

I dressed up faster than usual. It wasn’t a date,but I wore a little bodycon black dress. You can never go wrong with one of those.
Yemi came right on time, he looked more handsome than I remembered him to be, as his black eyes sparkled from his well sculptured face.
He couldn’t get his eyes off me the whole night as he blushed and dropped compliments but it was nothing impolite this time.

Yemi was so funny and smart, he made me feel a different way, a good kind of different, one I haven’t felt in my whole life and at that moment I said to myself ‘Don’t be a rabbit,calm down, you have a boyfriend, you can not forget the code : WE DON’T CHEAT.’

Yemi knew I was dating. I told him that about two months ago, it’s a different story now. I had a boyfriend,one who was always finding one reason or the other to fight. Our last fight was about four weeks ago and it didn’t end well. I told him it was over and not to call me ever again. Since then neither of us has attempted to contact the other, so technically we are done, right?

We went to a restaurant and after dinner I offered to pay or split the bill but he didn’t allow either. Yemi dropped me at my place and kissed my forehead as he said ‘Goodnight Ronke,I had an amazing night’.

I couldn’t get Yemi out of my head, he was different, the conversations would last all night and we couldn’t stop texting one another. In comparison to my not so ex boyfriend,he was more fun. I felt life burning through me like never before. I know roller coasters like this are dangerous but I just can’t stop.

We hung out a couple more times. I visited his loft on a Wednesday evening. To my surprise he was quite into art, he told me the story within each painting over his home made jollofrice, plantain and roasted chicken which was yummy.

We moved over to his living area, where we both sat on the couch and drank white wine. We were talking until things got a little bit off and we kissed…hmmm… Few minutes later, he asked ‘how is that your guy,you still dating him?’ as he refilled my glass.
‘Not exactly, I broke up with him and I have heard nothing since.’

That statement only made him kiss me harder but it didn’t any further.

After the kiss, I tried to not feel awkward at all but I couldn’t help it. I don’t kiss anyone anyhow especially when we aren’t even dating, what came over me?
He probably didn’t even believe the whole breakup thing, some girls would just say that to prevent you from thinking less of them, but I was not lying.

The next day was his graduation, I was hoping we would get some alone time and I will be able to ask him if we were dating or playing.

I had to travel to Osogbo, Osun state that morning which was about 2 hours away from Ibadan but I made it to his graduation.

I got to meet a couple of his friends and also met his mum. I made sure to not attach any significance to any unusual thing that happened there even though he made it seem like I was his girlfriend, but was I? Yemi kept bragging about me to his friends and even went ahead to show them my photography website. He acted like we were dating, but I don’t take only actions, I do both; words and action.

In between the party, we sneaked away for a drive only to end up lips locking again and ended up sharing giggles over random conversations.

The evening ended quite early. The question still lingered in my mind: Is this all a fling or what? I intended to ask him the next time we hung out.

The next time we had the chance to meet up, he was with his cousins , I even ended up meeting his aunt and uncle and they teased me about being his girlfriend.

One part of me just wanted to go with the flow, but I wasn’t one for such. I went back to AUN(American University of Nigeria,Yola) the next day.

We talked quite frequently but the same question lingered in my subconscious but I didn’t feel comfortable asking over the phone.

Two weeks into the new school session, my ex had already moved on. We did try to talk things out but we were both tired of the relationship.


We already got into this putting up each other’s photo on our bbm profiles. On dull evening one of my male close friends in Lagos texted saying ‘Ronke, what’s up with you and Yemi?’

‘Nothing much’ I replied

‘Are you guys dating?’ he asked

‘Something like that.’ I texted back as I continued with my assignment

‘What number are you..6 or what?’ he replied

let us call that the moment I got slapped in my face, as my pen dropped followed by my lower jaw.

I texted Yemi and this time I asked, ‘Are we dating?’

‘Seriously, let us talk about this later, I am occupied at the moment.’ Yemi replied

That was it for me, I just dived my emotions into a fling. His later never came and it did hurt.

I spent months trying to get over my fling and my ex at the same time, I finally did and I forgave Yemi.

Yemi did try talk to me a while after but all he got were random replies or no replies.

The one time I gave him enough audience to talk about what happened, all he said was ‘I was protecting you’.

‘Protecting me? From what?’ but he never could tell me.

I was different, better and a Mother.

I was different, better and a Mother.

I meant to say I am much more closer to the woman I want to be.

Landing in Ibadan, like yes the real Ronke is back,so much has changed. The one thing I knew was that I was not falling for any flings this time.

Yemi and I still continued to talk, now I can handle a normal conversation with him.

We met up and that might have seemed to have sparked something up again.

Finally I asked him why he never replied my question , this time to his face, he answered

‘ I was just shocked that you would ask that, we were almost way more than that, I thought it was pretty obvious so I was disappointed when you had to ask.’ Yemi said as he carried a disappointed look over his face

I didn’t buy it!! It made no sense, why didn’t he text back earlier?, I could go on and on about why he might be lying but that changes nothing. I can not and I will not allow myself to go down this roller coaster once more.

My suppressed emotions came out gradually to mess with me, and one afternoon during lunch with him.

I asked him ‘what do you want from me?’ he couldn’t answer that question, he only laughed and just tried to change the subject.

If you ever ask anyone you are involved with or getting involved with romantically that question, and they can not answer, my dear, RUN RUN RUN!!!!!


One night he was going back to drop me at my apartment and in between a random conversation, he said ‘ I love you ‘but did he mean it?

Mid-way he stopped when we ran into some of his friends, he introduced me as his girlfriend and all I did was give him the side eye as I thought ‘Is this one okay?’ followed by the sarcastic smile.

His kisses hardly meant anything, his words were no longer enough, I really did like him but he ruined it.

My holiday went by so fast and I had to return to Yola.

Yemi might have been soaked up in feelings, he appeared to be but I didn’t know for sure and never will.
He drove me to the airport, we kissed and bid each other goodbye.

I walked away majestically, as I dragged my brown mini suitcase. Only if he knew that was me walking out of his life.

At that moment it hit me, it was time. Time to cut everyone that wasn’t doing anything positive out of my life, walk away from it all, time to finish what I started and fully become who I was always meant to be.

There is a time for everything and this was my time to be re-born.

‘The best kind of revenge is indeed the unintended one.’-MA.TEMI

THANK YOU FOR READING.
PLEASE DO NOT FORGET TO LIKE,SHARE,SUBSCRIBE AND LEAVE YOUR COMMENTS.

Previous Article
BLOOD OF MY BLOOD!!!
Next Article
THE GIRL WITH THE FIRE!!