A MOTHER WITHOUT A HEART IS CALLED WHAT?

A MOTHER WITHOUT A HEART IS CALLED WHAT? 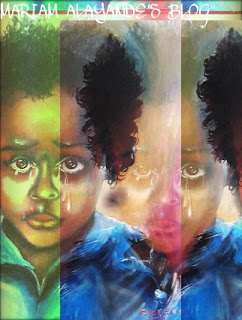 Tears filled my eyes as I hit the floor for the 5th time. I had lost my voice completely. Tried to voice out in distress but nothing came out anymore. She tied my hands backwards as she rained more abusive words like “you this useless bastard, I will kill you today”.

She went in, so I tried to untie myself. This wasn’t her first time but my body was weak. I had no idea what to do, for every single effort I made my body gave out. Here she was again as she tied my legs and gagged me.

Pulling out a blade with a bowl of hot pepper, she first went for my feet as she slashed my skin bit by bit.

Pain doesn’t even begin to describe how I felt, she went on and on making incisions all around, concurrently with hot pepper.
Slowly, my heart gave in. The pain didn’t fade away but in no time nothing mattered anymore.

‘How is she doing doctor?’ a familiar masculine voice asked..

‘She will be fine, she should regain consciousness any moment from now’
the doctor replied

I opened my eyes even though I wished I never did, seeing my father was pleasant but my life wasn’t.

I took a quick glance around and tried to mutter ‘Father, I…”

And she came quickly saying..
‘We must find those kidnappers and make sure they never see the light of the day ever again, how dare they abuse a girl like this’ she said as she burst into tears.

My broken heart shattered all over again and I could only blink as I was short of words and started to cry. I had to make a decision quickly, to live like this or voice out….

‘Father she’s lying, I wasn’t kidnapped at all, she did it, all of it, your wife almost killed me.
‘I managed to say as she gave me the evil eye immediately.’

He looked at me shocked and said ‘Hun, you must be confused dear, she would never hurt you, she is your mother, you are probably really confused. I have decided you will have to be home schooled till further notice and my dear I have a flight to catch, I just had to make sure you were doing fine. ‘Take care’ my Father said as he gave me a peck on my now bandaged head and walked away.

I knew he would never believe me, so let the torture continue…

With the dawn of every new day, I’m either woken up with beatings or slaps or cold/hot bed shower. At least I’m grateful I’m still breathing. Even though the witch must never see me render a word of prayer. I did text father a couple more times but he never replied or I wouldn’t know, he probably didn’t have time for his supposedly beloved daughter as I always had to use our gate man’s phone.

They say or let me say, I believe when it’s your time to die you inevitably do. I also believe that lies can triumph for a long time but at the set time the truth will unavoidably come aboard.

On this fateful day, I was in my room trying to read the little I could since the witch had denied me of being home schooled.
Suddenly she comes in and requests I follow her to the living room, I obeyed. In there, two old men, probably in their mid 60s and 3 other men who I suspected were just body guards were seated .

“Here she is”, she said as she pushed me further to the middle and said ‘turn around and keep going in circles until I tell you to stop’, I couldn’t understand what was going on but I obediently & helplessly followed as I had absolutely no idea of what was going on but my heart raced fleetly..

One of the men with grey beards extending almost up to his navel line said “Stop my dear’”. as he turned over to her and said ‘she looks good enough for fun and almost like you’ and he burst into laughter.

The other took another dirty look at me as he said ‘the price you requested is okay, we have a deal.’
he said as my Mother gave a glance I assumed signified approval, but of what?

Almost immediately the guys in black went outside and came back in dragging a massive table with a mattress on it and four metallic extensions at each corner, together with a camera and a black box. I was still pretty confused at what was going on and I attempted to head out of the room.

One of the guys in black crossed my front and shoved me backward , I struggled and fought but I ended up been hit with several punches. How strong do you expect a 10 year old to be? I Kept fighting them off and biting them as I called ‘Mother! Mother!! Please help me!!!’

She came forward and put a knife right through my navel and smiled saying ‘Mother just helped you hun’. My eyes spun around and she continued ‘I hope you are recording already, it’s fun to watch them fight.’

In no time, they gagged me and I was tied to the table like a mammal being skinned for barbecue, as they tore every piece of my clothing with no hesitation, leaving only my underpants.

She went back to sit as she poured herself another glass of wine as the men watched me like I was a football game. The guys in black started to undress and at this moment I begged for death, only death, quick death..

“What is going on here?” my father said as he came in with armed policemen, I saw them cuff my mother, the two men and the half naked guys.

Everything slowly faded away before me, If it’s my time to die or if I did live… Well, I was ready to leave it all to fate.

CHILD ABUSE IS REAL! IT’S NOT HAPPENING IN YOUR HOUSEHOLD DOESN’T MEAN SOMEONE ELSE ISN’T SUFFERING IT’S STING.
LET’S WORK TOGETHER AND STOP CHILD ABUSE. DO NOT FAIL TO REPORT ANY, YOU JUST MIGHT BE PROTECTING A LIFE. BEYOND THAT YOU MIGHT BE PRESERVING A GENERATION AND PERHAPS YOU ARE OR HAVE BEEN A VICTIM, DO NOT FAIL TO VOICE OUT.
LET’S PUT AN END TO THIS UNSPEAKABLE ACT.

THANKS FOR READING.
PLEASE DO NOT FORGET TO SHARE AND LEAVE YOUR COMMENTS. 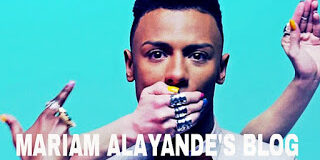