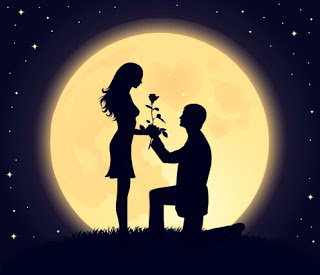 Dressed up in my bodycon off shoulder black dress, red lips and braids held up. Even the bright lights were shy of my beauty. He sat right across the table in his blue suit and dark blue stripped tie. This was the most attractive I had seen him, his calmness as he glanced through the menu and licked his lips unconsciously. What can’t you do with a gentleman with an awesome fashion sense? – Everything my dear.
I tried my best not to blush but you know sometimes even you betrays you.Then I remember he isn’t even mine to admire. My lover, John who I’m too single to think of dating still mattered.

‘Tracy!’ he called as I snapped out my deep thought and smiled

‘Are you okay?’ Edward asked as he reached out for my right hand across the table as I forced a non blushing smile and nodded.

The waiter took our orders and in no time the food was in and out.

He came over to my side as he put his arm over my shoulder and we just talked about random things as we gulped down glasses of wine.
Suddenly, he pulled out his arm and said ‘ Tracy I need to talk to you about something’ as he continued without waiting for my reply… ‘You already know how I feel about you, I really want you to be mine…….’

The rest of whatever he said next, I didn’t hear, I really hoped this day would never come but here it is and I can’t even think straight, I do like Edward very very much, there’s a way he makes me feel and he is so sweet and when I’m around him the feeling is unexplainable. It’s like being with my soul mate but you know not all soul mates are meant to be lovers. And most importantly I love John.

LET ME TAKE YOU BACK TO THE TIME BEFORE THINGS GOT COMPLICATED……….

For some people , the social media has been either a blessing or a curse and some both. For me what can I say? I think I would let you decide which.

Do you remember when bbm was the main thing? You do right!

I never had too many contacts and when I got added up by some random dude of course I did the traditional interrogation but what can I say?
He was excellent with words and he got to stay. Our convo was nothing words could explain, it was like talking to that inner voice in your head, you know that tiny one that knows everything about you.
Our similarities were just over the top. He had excellent personality, good looks and all…jealousy and bit of anger issues also.
Yeah he isn’t perfect. let me just say his profile did him good justice and he was called Edward.

Time went by and our conversations got deeper and deeper but we never had the chance to meet.

Time went by, so did months and years. I got a new job at an oil company as a contract staff. Actually I got the job with a friend of mine named John. John and I have been friends since university days. I could even say we were in love with each other but I wasn’t just ready to get into a relationship. The idea of been tied up to one person wasn’t very alluring and the fact that I’ve never been lucky with love was a cross to bear and live by.

After about 3 weeks of work, I was allocated under a new supervisor/engineer. I walked into his office that morning and you wouldn’t believe who was sitting at the end of the desk. It was Edward!! He did recognize me right away and it was all hugs and goshes and you do really look good in person pleasantries.

Of course I told John about the bbm lover turned supervisor and he definitely felt a bit weird. I wasn’t his but I did reassure him that nothing was up between us.

But was nothing really up? I can’t lie to you but since Edward got back into my life, it’s like my whole system has been on fleek but I lied to myself and called it nothing.

Weeks went by and I hung out with Edward more often and I also did stay close to John. I know how I feel about John but Edward I know not. We are just friends nothing else…or so I thought until one faithful evening.

Edward had to call me out a couple of times before I snapped out of deep thought.

‘Tracy but you aren’t dating that someone else and he doesn’t even love you’ he said accusingly and at that moment I got up and excused myself and he pulled me back but I shook him off.

He kept texting and calling but I didn’t respond and luckily for me I was on personal leave. I missed him so much but I have to take a step back, I want him and I do love John.

The next evening I heard a knock at my apartment door and when I opened, it was Edward.

‘Like seriously, are you stalking me now?’ I asked as I tried to bang the door and he held it and said ‘ please Tracy I just want to talk, I have missed you,I promise not to talk about the other stuff.’
Then I let him in.

We watched the notebook and he talked about a lot of stuffs, even John wasn’t as open as he was, he knew he could get hurt and still he kept indulging.

I hadn’t noticed how the space between us on the couch had miraculously disappeared until he leaned towards me and I could swear I wanted to say No ,but the smell of his aftershave/perfume…his lips…the heavy thud in my chest…. damn!! I couldn’t say no as his lips hit mine and it was just a catastrophe of passion…..

Are you thinking my next morning at work would be awkward?

Of course not, I didn’t go as far as you think and as I walked past Edward’s office hoping not to get noticed ,I heard yelling and I went for the door.
I could hear ‘You leave her alone or I am going to kill you’.
I was sure it was John’s voice. ‘She isn’t yours to claim and I’m in love with her and also you don’t love her, stop lying’ Edward said

‘Well I guess not. For I can still taste her in my mouth’ Edward said

I couldn’t take anymore as I barged in.

‘Can you both please stop this’ I said as John turned to me and said ‘You was with him?, you wouldn’t even let me touch you’ John said in anger as he barged out.

I turned to follow him and stopped and turned back at Edward and said ‘I really like you but I can’t do this, please don’t you dare every call me again’ and I ran after John.

We talked it out and I didn’t lie about what happened between Edward and I, but I was ready to date john, I just wanted all things to clear off, get over Edward and be really sure about it.

Getting over Edward was impossible for I was also in love with him and every time I closed my eyes all I could see was his face, hear his voice and feel his touch. He kept sending bouquet of flowers to my place weekly and leaving messages. I finally did reply but we only kept in touch via social media. Sometimes he did mention how John doesn’t love me but it never made sense.

I filed for a transfer so I was in a different branch.

One faithful evening, I went to visit John, a surprise visit to be precised. I tiptoed and over heard him talking to someone over the phone which was on speaker.
‘Have you told Tracy about Nicky, it’s almost your one year anniversary right’ the caller said
‘She just left some guy she really liked it’s not a good time and I still have to hit it mahn’ John replied as they both burst into laughter
‘ But it’s been years how hard can it be guy, that Tracy girl must be some witchy bitch’ the caller continued
‘Don’t worry the bet it still on I will do it soon okay, I be sure to send you a video also’ John said as he burst into laughter again

I need to breathe…

The same john I have always known…

I couldn’t believe my ears and I cleared my throat and walked towards him as he quickly ended the call.

‘ I heard everything, and don’t you dare say anything, you lying bastard and the only place for people like you is hell, if you ever call me or walk my path, I will be sure to castrate you.’ I said as I trembled and managed my way out of his apartment.

Only God knows how I drove home.

Getting to my apartment, Edward was waiting for me with large bouquet of white roses and he said ‘please don’t send me away I just wanted to deliver this myself and see your beautiful face.

I couldn’t help but run to him and I slapped him. and he gazed at me in shock as I said ‘That’s for knowing what John was up to and never saying anything’
‘Dear you had to find out yourself for you wouldn’t have believed me’ He said as I hugged him tightly and kissed him like it would be my last.

No he wasn’t the second option!!

I had just been lying to myself all in the name of playing fair but obviously when it comes to love, been fair isn’t an option, following your heart is what matters.

We are three years and going, he does have his flaws but our love feels brand new every day.

Previous Article
THIS IS WHERE I LEAVE YOU!!!
Next Article
THE TRICKY CARD!! 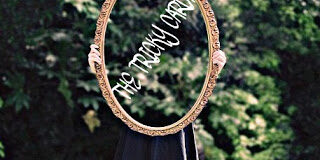