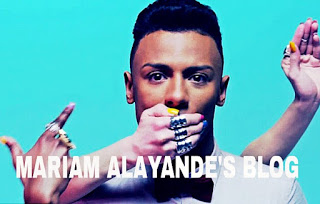 All I want right now is to go back to the first day we met, the first time we spoke, the first time we held hands, the first time we kissed… Everything comes first with this ineffable feeling and even a clear conscience, but right now I have to watch her yell endlessly recounting all my faults. She wasn’t always this crazy, I also never dared tell her she’d gotten crazier but I guess as you get more familiar with people, you get to realize traits in them you never observed initially.

“I’m sorry dear, please forgive me” I reiterated for the 50th time that night. In response, she cleared her throat, pushed me to the side, grabbed her handbag from the dressing table, took a rain check on her make-up and tried to adjust perfectly into her Kardashian dress.. With all that drama, I just knew whatever was coming out next was going to be a bomb. “I’m tired of putting up with all of your crap George, I regret ever meeting you, you cheat on me and you still have the guts to lie to my face” she said as her lips finally parted. Now fuming, she dropped her handbag and dashed away heading into the bedroom, located her suitcase and started dashing everything of hers into it.

Dumbfounded doesn’t begin to describe how I felt. One thing was sure though, I certainly wasn’t cheating on her, I only refused to tell her where I had been for a couple of nights and in actual fact all I have been doing was making preparations to give her a surprise birthday party.

“Sharon please don’t do this, it doesn’t have to be this way, I still love you very much” George pleaded as he tried to appeal to whatever memory was left of what they share. He tried to pull the suitcase out of her hand but she dragged it back sharply – “You an asshole, you can preach love all you want for all I care doesn’t change the fact that you’re just a cheap liar, if I don’t know how you spend your nights how am I supposed to trust you?” Sharon replied

She moved closer to the already jittery George, pulled the collar of his shirt with both hands gradually moving closer to him such that he could perceive her sweet scent, his senses were way over his head, he just couldn’t imagine the thought of losing her, just then with a gentle voice, she inquired “tell me the truth, where have you been spending your nights?” “Baby I really can’t tell you that right now. I … ” But before he could finish she interrupted saying “that’s all I needed to hear” she picked up her suitcase and headed for the door. George who had been holding back all this while declared with a loud voice, “I have been planning a surprise birthday party for you.. Bola and I have been working on it, if you don’t believe me you can call him to confirm”.

As a bad sharp guy, he swiftly went before her to block her from leaving and at that point she felt really stupid but deep down she still suspected something was fishy about George as he now grabbed her by the waist and began to kiss her like it was his last, the next thing was the sound of Sharon’s Chanel bag on the floor followed by toddling of clothes; like in the movies, the rest is only left to your limitless imagination.

(George) Couple of hours later, I open my eyes, it was a beautiful Saturday morning.
Sharon’s birthday is tomorrow, I’d better start planning a birthday party.
Oh I know, don’t you give me that look, I’ve been with Esther this whole time, yeah, the air hostess. We’ve been seeing each other for almost a year now, never mind it’s nothing serious, she’s just for the chills and whenever I want to ease out some of Sharon’s craziness. Don’t get it twisted; I love my girlfriend with my life, however, that isn’t supposed to stop me from having a little fun on the side now, is it? “Good morning bae” I whisper gently into her ears as I set down the breakfast tray on the bed.

(Sharon) there’s nothing merrier than waking up to breakfast in bed after a crazy night.
George is just everything I’ve ever wanted in my man and I trust him but I really do not like how he makes me doubt him sometimes.

(SHARON) Clocking 22 is way better than I had imagined it will be; with family, friends and colleagues around especially George to celebrate my special day – the turn up was complete.
I smiled as I closed my eyes to make a wish;
“I wished for George to become more transparent with me and that we remain together forever” (yeah yeah, I’m familiar with the myth that suggests it is bad luck to tell what you’ve wished for. Well, let’s just say I’m not a believer) and I blew out my candles, had go through nearly thirty minutes of photographs session before I could finally return to seat by George.
Not long after, everyone present was asked to say a little something about the celebrant.

(GEORGE) I grabbed the microphone and took centre stage and began; “Sharon, every single time I look at you, your beauty permeates every fibre of my being, not that which you all can see but that deep beneath that skin of yours, that which you resonate when you speak, walk, sing… Darling, I can’t even bear the thought of a life without you or me with someone else….

He hadn’t wrapped up his piece before he was rudely interrupted, she interrupted, that’s right, Esther interrupted sharply – “How dare you, how dare you speak of her in such high esteem, after all we’ve shared for nearly a year now and you have the effrontery to stand there praising her like she’s some stainless goddess”

(GEORGE) I couldn’t believe my eyes or ears. Who’s the fool that gave her a microphone, I thought within me. I briskly went over snatch it up from her.

(SHARON) Where she came from I know not, I couldn’t even process anything at that moment, I was really stunned, I mean I see this only in movies but right here, its soooooooo heartbreaking. I walked slowly towards them while she kept screaming “George has been shagging me, yeah can you hear me Sharon”; I tried to keep my calm and balance, I fought the tears back and then I finally reached where they were both standing.

(GEORGE) I kept trying to beg Esther to shut up but instead she only got louder and suddenly as I turned, Sharon was right there, I know Sharon is no fool but as a man I still had to say something – “Sweetheart, I swear, this, all her claims, they’re all blatant lies. I can explain… ”

(SHARON) Hearing his voice, I used every single ounce of strength left in me to give George a slap that he will not forget in a hurry as my fingers reflected on his fair complexioned cheek – “In your wretched life, don’t you ever ring me again, ever!!! ” I exclaimed as I made away with my friends. He attempted to stop us but I didn’t wait for a second. He had ruined my special day so bad, I’d rue ever making his acquaintance for life.

(GEORGE) Sharon hardly ever saw me again, I really did love her but I should have spoken to her about a lot of things which I didn’t. She picks up my calls once in a while but we aren’t even friends anymore, she’s engaged to someone else now and I know she’s happy but she was happier with me, I know this.
Esther and I never got together again after that uneventful episode. I ruined things terribly and if I could only do it all over again, I’d handle things very differently for I know she was the one.

(SHARON) Maybe if George was a little more open minded with me about things, maybe, just maybe things might have taken a less distasteful turnout.
Eventually, I got the transparency I always wished for as well as tears and a broken heart I didn’t bargain for. Whenever I stumble on elements we shared I feel the wound so fresh like it was just yesterday.
Nonetheless, I have worked on my self-proclaimed craziness, I’m seeing this really great guy so I guess I’m on my way to good fortune once more. I’m happy and sad to start over yeah but it’s worth it.

THANK YOU FOR READING.
PLEASE DO NOT FORGET TO SHARE AND LEAVE YOUR COMMENTS.
WRITTEN BY: MARIAM ALAYANDE (IG:@Lady_temi)
EDITED BY: CHUKS AMAHIA

Previous Article
A MOTHER WITHOUT A HEART IS CALLED WHAT?
Next Article
~~THE FIRST SEAL~~ 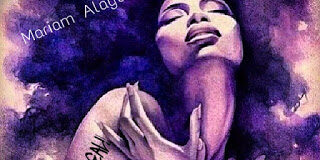