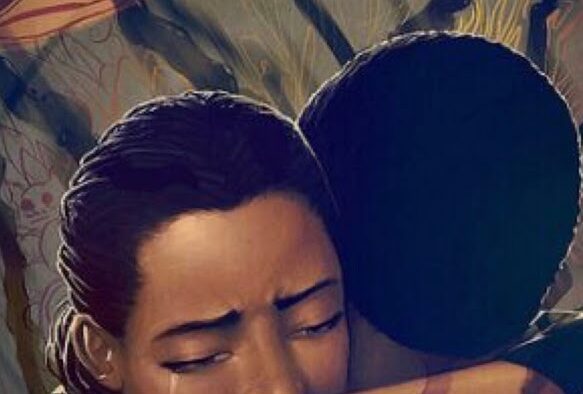 Silence, serenity, peace, death, love, family, friendship- one giant globe yet the darkness fills the bosom of the light, blinding us from everything we can see and what we can feel.
Jaiye was never the quiet one, but rather energetic and extroverted. He made whichever room he entered shake from the foundation to the roof, igniting the stars all around the room and immersing the air in pure beautiful energy. His smile- radiant and his voice- seductive.
Jaiye and I had been together for 6months, yet I knew more about my 3 puppies than I did about him. I assumed he was one to take his time to come out of his shell, but was I wrong? I caught glimpses of his sore eyes as he jumped around telling us in his ecstatic voice, ‘Jaiye means ‘enjoy life’, and that’s exactly what I do!’
Sometimes, I felt his cold heart reach out to me but he said I was wrong, he used the same line every millennial has mastered with immerse perfection, ‘I am fine!’ With a smile that extends from one corner of his mouth to the other but never reached his eyes, with a charisma like his I accepted that I was wrong.
Yesterday, I spent 30 extra minutes in the shower, allowing the hot water invade my pores and pamper my skin with the heat. Only if a little voice had whispered ‘Get out of the shower’, or a divine premonition had revealed to me that the shower will become my most dreaded experience, I would have gotten out 30 minutes earlier.
Wrapped in my cream towel, I tapped my phone on my bed, I had missed 10 calls from Jaiye. I tried reaching back but there was no response. I assumed he was asleep, yet I couldn’t put myself to sleep. 3:00am and I was still tossing and turning on my king-sized bed, finally the web of sleep sucked me in for a couple of hours. It’s been said that we dream every night but most of us do not remember, all I saw was empty-darkness, nothing more.
It’s 7:00am, Jaiye hasn’t picked or returned my call. I drove to his house but surprisingly I met his cousin- Seyi and a friend outside his apartment.
‘Seyi, did your cousin run away?’ I asked with an insinuation of concern and joke in my voice but Seyi was as silent as a grave, he handed me a note, it was written by Jaiye, it read:
‘Zainab, why weren’t you there for me more.’
My heart sunk into different corners, my subconscious caught a glimpse of the calamity but my conscious self was unwilling to accept it.
‘Where is Jaiye?’ I asked with a hint of fear and hurt in my voice.
‘You can’t see him like this, please.’ Seyi said as he tried to hold me back, preventing me from entering the apartment.
Everything fit together like a puzzle, the men exiting the apartment’s building with eyes as red as blood and a stench of grieve, the coldness of the air and no sign of Jaiye.
Jaiye had taken his own life, they wouldn’t let me touch him, not a chance to say goodbye or an answer to my questions, ‘Why? What did I miss?’
Regret and pain became an elixir as shock reigned through my bone marrow. I sat on the cold black tiles right outside Jaiye’s apartment, I stared in silence at the white fluorescent light as memories of him flashed through my mind. I couldn’t stop wishing I didn’t spend the extra 30 minutes in the shower, somehow I felt if I wished long enough, I could go back in time and save him.
Could Jaiye have been depressed? I didn’t think men could be depressed and neither did Jaiye know he could voice out his feelings without feeling emasculated or less of a human. Wishes and wishes, but the sea lets her tide rise on no one’s command.
In the eyes of those we know and from the words they utter, they tell us more than we are willing to hear, they scream silently for help and pray we’d see beneath or raise the curtains underneath their ‘I’m fine.’
They might not know how much we want to be there for them because we don’t tell them that. We don’t want to be drowning in the treacherous sea of grief with a loved one in the ocean of death. I was always here but I didn’t know the demons that feasted on his heart, left in the junction of grief with questions I’ll never be able to answer and a step into the ocean but don’t worry about me, I’m fine.
————————————————————————————————
According to W.H.O, close to 800,000 people die due to suicide every year, which is one person every 40 seconds.
You are not alone; many of us have had suicidal thoughts at some point in our life. It doesn’t mean you are weak, it means that you are going through a lot more than you can cope with right now, it might be overwhelming but with time and support, you will overcome it.
Stay with us, we need you.
Nigeria Suicide helplines:
>LUTH Suicide Research and Prevention Initiative:
08111909909, 09080217555.
>Nigeria Suicide Prevention Initiative: 08062106493, 08092106493
What’s your Reaction?
+1
0
+1
0
+1
0
+1
0
+1
0
+1
0
+1
0

Previous Article
‘RAPE’: The Invader Of Souls & ‘CONSENT’: The Gatekeeper!
Next Article
THE HOLE IS THE DOOR.