~~THE CHRONICLES OF FATE~~

~~THE CHRONICLES OF FATE~~ 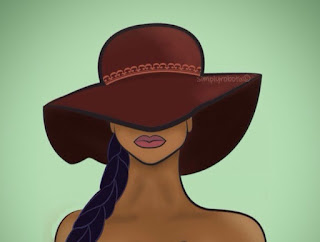 Day after day,
Summer after Winter,
At the peak of the night when only the stars bear witness of the earth,
She passes by the rusty brown castle,
As it lingered close to the street like a hunter awaiting its prey,
Embedded with tainted windows,
Snatching her attention every time – a shadow!
Never looking too closely,
At the top right corner of the floor it was,
Bending over and rising up,
Continuously without hesitation,
Such energy that must require- she thought,
With another shadow beneath,
Who or what? – unknown,
The peak of night is meant for pleasure,
Strictly minding her business pacing faster,
Sacrificing only a glance at the tainted windows and hurried to her abode.

Every now & then,
The eye from the street devours me,
I can feel her intense stare pierce through my window pane,
Though she couldn’t feel my pain,
Never afforded me much more than a glance,
All she saw was a game of pleasure,
Whereas I laid here,
Pick this time to send a message,
Bending over and rising up with letters in my hands,
Hoping she would be eager enough to read,
Aligning the stars to bless thee with vision,
A time before this future becomes her present,
Before she walks open-eyed into the monsters’ fortress,
Making this asylum her reality.

Walking by again,
Wanting to mind my business,
But no,
She was much more intense,
No way anyone was deriving pleasure from that…

I couldn’t help but think of him,
The sweet Nigerian suitor,
I would say yes as I begun to envisage my beautiful life of blue bliss,
Unconsciously,
I stopped for she stopped,
She has never stopped,
My glance became a stare,
Staring to gain insight,
She bent to pick up something – a placard carved in letters,
It spelt ‘D’
Fatefully, the stars aligned as they brightened her window pane,
She continued and all together it spelt,
“D O N ‘ T S A Y Y E S”,
I was floored,
How could she know?
She continued as showed the word “B O N D A G E” ,
Just right in that moment I realized she’s been in cuffs all this while,
This has been on longer than I could account for,
I bowed in meditation and then I looked up closely at her,
She bore similar features with me, I reckoned,
Disturbingly, one could adjudge her my twin.

Finally,
The stars aligned to show her,
As in an horizon,
What shall she do? – I’m unsure,
I’m the future, she’s the past,
Hmm, the irony of times.
Suddenly, I felt less and lesser of myself,
Disintegrating bone from joint, flesh from bone,
Right! That physical,
This ill gradually gaining preponderance,
The castle started to sway,
I could hardly offer a smile as I waved at her,
She’d made the right decision.

I can only believe this is fate,
For the future does not collide with the past by mere coincidence ,
Everything waned slowly,
As the castle little by little became non-extant,

Waaaiit a minute, did I just imagine all that?
Or did it actually happen?
Did I just give in to a supernatural change in my life?
In an endeavor to be more,
I might have lost my soul mate forever,
Or,
I just might have saved myself from an eternity of bondage,
Or shall I say buckled freedom,
I guess I’ll never know,
But you do!

THANK YOU VERY MUCH FOR READING.
PLEASE DO NOT FORGET TO LEAVE YOUR COMMENTS, SUBSCRIBE AND SHARE.

Previous Article
~~BREAKING CHAINS~~
Next Article
BLOOD OF MY BLOOD!!! 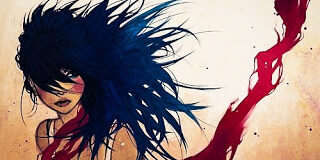