THE COLD TRACKS OF ANIMOSITY!

THE COLD TRACKS OF ANIMOSITY! 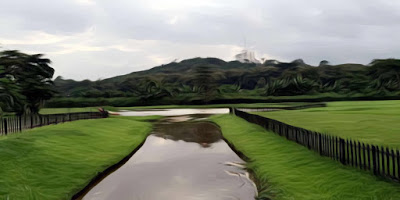 Zoya sometimes wondered what brought about April fools day. Apparently, someone thought foolishness should be acknowledged and ended up infecting the world with this unfunny funny endeavor.

Why did she pick that day to break through the uterus of her mother?

She learnt to find the fun in accepting pranks as birthday gifts. What’s better than having the entire world celebrate with you.

Zoya never imagined life being amazing and fulfilling at 21. Everything was perfect, too perfect it sometimes scared her. She had everything she wanted, or rather she was satisfied with everything she had.

Final year, aeronautics has been hard on her but understanding that NASA was a knock away was enough motivation.

That morning she had a project to present in school. Zoya was running late when she realized the present weather made dressing quite annoying. She didn’t want to risk freezing up, it should be spring already but for some reason only the universe understood, it wasn’t.

‘Birthday girl, Baby you are glowing and you also plan on freezing!’ Daniel said as he entered the room

‘What’s wrong with it?’ Zoya asked as she walked over to Daniel, hugged and kissed him

‘It’s cold outside and there’s 89.9% probability that you will freeze and end up catching a cold hun’ Daniel said as he went straight for the bed

‘Cold never killed anyone.’ Zoya said as she smiled and opened her wardrobe

‘Yes cold can kill someone, the after effect like pneumonia or even frost bite.’ Daniel said sarcastically

‘That’s not how I die, I will die the night the white bird crashes into the glass door.’ Zoya said as she changed her outfit

‘Really, please don’t go all dark on me.’ Daniel said as he changed the topic of the conversation to something about politics.

Zoya changed and went to school.

I never believed in the phrase ‘the one’. I still don’t , for Zoya is so much more than ‘the one’. She’s my God sent goddess.

I’m going to pop the question tonight. Since you can’t be 100% sure your woman will say yes, I hope she says yes. I have everything planned out and hope she likes the ring. Zoya can be beautifully picky, I don’t think that matters but I’m being paranoid.

Presentations are one of my favorites and I nailed this one. It was 4pm, I needed to head home and change for dinner, Daniel is taking me out for my birthday. I always loved birthdays but this time the vibe is low.

Standing in the hallway around physics department, notification sounds from my phone kept interrupting my conversation with Tola and Anwar. Bbm(black berry messenger) definitely knows how to throw a loved one an online birthday party. I’ve spent half of the day replying messages and my thumb was starting to feel numb.

I bid Tola and Anwar goodbye even though they had this unusual vibe like they were still going to see me that night. I hope no one is planning a surprise party for me.

Daniel was supposed to pick me up but he said he had something urgent to attend to, I will have to meet him at the restaurant.
Dressed in all white, I stared into the mirror, as my dark skin glowed through the reflection.
I miss home,I miss my mum. Studying abroad has its ups and downs but I’m thankful for all the lovely people I have been fortunate to meet in this foreign land.
I turned the lights in the house off , stepped out and got into the cab.

In the restaurant with Zoya’s friends and some of mine, awaiting the arrival of my fiancée to be. Excitement pulsing through my heart as I repeatedly blushed.
Zoya was running late which was unusual for her. I decided to call her and she told me her cab had a mechanical malfunction and she was awaiting another.

Zoya despised lateness, the other cab she called had refused to show up. Suddenly she realized the metro was about one minute from where she was.
She walked to the metro and luckily for her, she had her metro card in her purse. One step after the other as she headed towards the transfer station.

She noticed a group of 5, they turned to look at her in a disgusting manner. It wasn’t going to be the first time, a lot of people around there tend to stare at black people; either in a beautiful, expressionless or hateful way.

She, like everyone around moved to the side of the railway, the train was arriving after about 5 minutes of waiting.

The group of 5 that were staring at her disgustingly earlier were moving towards her, she didn’t look back. Her gaze was directed at the oncoming train. One of the guys moved up close to her and whispered ‘black monkey’ and as she attempted to turn, three of the guys forcibly pushed her forward as she flew towards the train tracks. Almost everyone around gasped in shock and screams flew around.

Zoya was not picking her calls, I went out to check if she was around and probably couldn’t find me, moved up and down the street but she was nowhere to be found. I walked back to the restaurant and as the door closed behind me, I heard a loud noise.

It sounded like something hit the glass door, I turned around and on the glass door was blood, I moved closer and on the cold marble stair was a white bird. Immediately, I heard Zoya’s voice in my head,
‘That’s not how I die, I will die the night the white bird crashes into the glass door.’

Zoya was floating in the air as the lights of the train blinded her sight, her body hit the cold metal tracks and it was too late for anything to be done. She could see Daniel’s face as she felt her mother’s hands over her head. She was there, everywhere and nowhere.

SAY NO TO RACISM!! IT STARTS WITH YOU.

THANKS FOR READING.
YOUR FEEDBACK MATTERS!!
KINDLY LEAVE YOUR COMMENTS BELOW AND DON’T FORGET TO SUBSCRIBE.
WRITTEN BY: MARIAM ALAYANDE

Previous Article
>
Next Article
WHY DIDN’T YOU LEAVE? (DOMESTIC ABUSE) 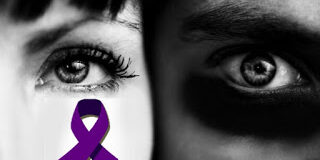