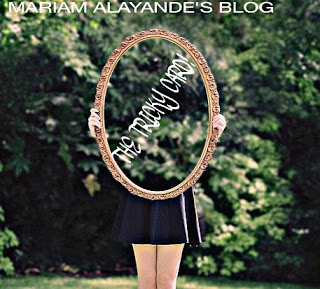 Hanging up reluctantly after been turned down for like the 12th time. Usually I don’t push too far but this lady has been giving me mixed signals all through.
‘Let me think about this properly’ Yinka said as he relaxed in his office chair.

She wasn’t just like every business minded lady I have ever met, she was different. She was well driven by passion.

I met Ifunaya at a fashion show, she did show her line that evening and I couldn’t hesitate to tell her how amazing her designs were. Truthfully, I did this with a plain mind, not having any hidden agenda and perhaps at this point I still had an ex drama to deal with.

That day Ifunaya and I did exchange phone numbers which I would say was a pretty normal thing to do.

Weeks passed by before I got a phone call from Ifunaya. I did get a lot of those from her and in no time I could say we became friends. We did try to meet up for drinks or just hangout but her schedule was too tight for that.

You know how they say if someone wants to make time for you, they will. I guess they are right, I wasn’t just able to read the ranting off the wall.

Oh, did I forget to mention? I am the editor-in-chief, of one of the biggest magazines in Africa. That got her on the magazine quite constantly and so did my influence help get her more customers.

We did see a couple of times, of course during her fashion shows, but never outside the events except once when she came to pick up something at my office.

I tried to keep my distance because I don’t play the ‘unsure card’ I hardly even have time for that. She was good playing the devil. She called numerous times, each call filled with personal discussions lasting over an hour. That always left me wondering if she was just too shy to open up or she was just playing hard to get.

‘Sir, your sister is here.’ she said as Sade walked in and I got up to hug her and we exchanged pleasantries.

‘You look worried’ Sade said as she had a seat and kept her eyes on Yinka , ‘what’s wrong?’ she asked without giving him a chance to deny that everything was fine.

‘I told her the whole story and you won’t believe what she said.

‘Yinka has it ever crossed your mind that this lady might just be using you, you have enough power, enough to keep her career steady or even better, she might be keeping you close for just occupational benefits’ Sade said

Everything else my sister said went through one ear and came out through the other. I could hardly sleep that night for even if she showed no interest in me I would have still be willing to help her, so why fake anything?

I still kept in contact but I was really careful, I attended another show of hers couple of weeks later and luckily for me. I got to drop her off at home and she did invite me in for a drink.

I sat on her pink couch as we talked about various things and ended up seeing a movie and just in the middle of the movie, she leaned in, what appeared to be an attempt to kiss me but I pulled back and apologized and almost immediately , she got up to fetch another bottle of wine.

Inquisitively I looked around and there was a journal right beside me, I opened up assuming it was another sketch book of hers but to my surprise I found different numbered names, the first two pages held a table of content with each name and occupation assigned to a specific page, I flipped through the pages and found different information about different people, men to be specific, from C.E.O to senators. I was quite shocked then I found my page, everything we had discussed had been written down, including luring me to her apartment this very evening.

I was glad I was been careful, but what to do to a lady like her I wondered.

I am not the type of person to hold grudges. I confronted her as soon as she came back, and she said nothing but instead accused me of invading her privacy and asked me to leave her house.

About 2 months went by and I heard nothing from her but of course I heard about her, I was happy about her success but obviously unsupportive of her tricky ways.

I got an invite to a show which featured her and the sender was an unfamiliar name, but I still decided to attend. I am so glad I did because I can’t imagine missing such epic occasion.

Just about 5minutes to the end of the show. Ifunaya was out and so were her models, everything halted as a projector slided from top of the stage and a video began to play, it featured a private conversation between Ifunaya and a friend of hers, as Ifunaya spoke badly of almost everyone she had been involved with, including people whose connections got her to where she was, also how she had been taking advantage of every single one ,manipulating them and also how she has been stealing designs from various sources. That was where the video got to before Ifunaya went to pull the plug. The little that was out was enough for the media to grab onto.

The story was a major thing for months; I can’t say exactly how bad it affected Ifunaya’s career, as far as I’m concerned it’s none of my business.

‘Hello Yinka, this is Ifunaya, please don’t hang up, I need your help’

Yinka couldn’t help but laugh as he said ‘ okay, what can I do for you?’

‘Please could we have lunch tomorrow, just a normal hangout, I do miss conversing with you’ Ifunaya said as she held on silently

Yinka replied saying ‘ NO’ as he hung up and said ‘ I guess some people never change, or even if she has, it’s too late.

WRITTEN BY: MARIAM ALAYANDE (IG; @lady_temi)
THANKS A LOT FOR READING.
PLEASE DO NOT FORGET TO LEAVE YOUR COMMENTS AND SHARE.

Previous Article
~~IF IT’S YOURS, IT’S YOURS.~~
Next Article
THE CUPID RAINBOW!! 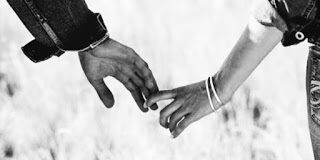