As I drove down the highway in my Bmw X6. All I could hear was his words, his harsh words ‘ You are useless, You disgust me,you are an apology to feminism,I never loved you and never will, You are good for nothing, Have you ever wondered why your mum left you at a stranger’s door?’

I know my childhood record isn’t fancy, but when you have given someone everything and they turn everything against you. I could not help as the lakes of tears kept flowing and as I hit the steering and throttle with full rage. It felt like my heart divided into two and my blood could not even circulate.

The tears were clouding my vision but I kept driving and the words rang over and over and the tears kept on. I closed my eyes for a couple of seconds and I opened it, I saw it, I saw the junction, I saw the tanker, I hit the brakes but it was too late as I lost all respect for gravity and that was it. The end.

I jumped right out of the car and I could not believe I was alive and I looked around but the car wasn’t there, neither was the tanker. I fell into the midst of memories, sad memories. I could see murders, bombings, wars, people killing one another, people cheating, people stealing, people crying, children dying, people committing suicide. Everything was the world all together, I could feel the pain of every single reality I had seen.

If I was dead I knew not, but maybe I could have helped these people, if not all at least a fair percentage. They have more problems than harsh words from a stupid ex lover. The orphans, the homeless, the widows and maybe my words could have even stopped a war. Words hurt and Betrayal stings but dying over that was absolutely pointless. I saw people beg for life and I just played mine and gambled it to the road.

I regret everything because there was a lot I always wanted to do ,but my ideas never left my bedroom and at that very minute I wanted another chance to do it all over again but I knew I was unworthy.

I felt an electrical impulse run through my system like a power surge but I couldn’t respond. The second one pulled me out as everything faded away.

There It was, I could feel it, It was life! I was alive, I could hear whisphers, a second chance I’m unworthy of but one which I shall change lives with.

How much do you value your life?
The world needs you and I.

THANKS FOR READING.
DO NOT FORGET TO LEAVE YOUR COMMENTS, SUBSCRIBE,SHARE AND LIKE.

Previous Article
~~FOR MY SISTERS~~
Next Article
THIS IS WHERE I LEAVE YOU!!! 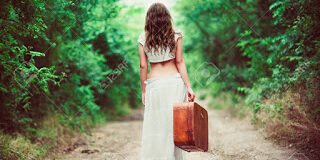