WHY DIDN’T YOU LEAVE? (DOMESTIC ABUSE)

WHY DIDN’T YOU LEAVE? (DOMESTIC ABUSE) 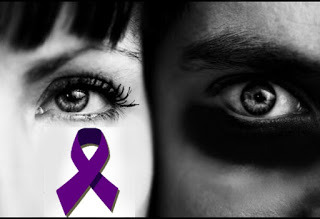 It’s very easy to ask ‘why didn’t you leave?’,disregarding the sensitivity of this sentence.

You and I know that the society has gone a long way in ruining relationships. In the mid-1800’s, it was legal for a husband to have authority over his wife, even valid for a man to beat his wife as a way to exercise authority over the wife. This might come as a shock to you but some countries, for example: Nigeria ,has the provision of the Penal Code applicable in the Northern part of Nigeria which indirectly encourages violence against women.
There are cultural believes in some countries that it is socially acceptable to hit a woman in the name of discipline.

Physical abuse isn’t the only type of abuse, it can be emotional, verbal, economic, sexual and religious.

Who is to blame for domestic abuse?
It started from when women were viewed to be a weaker sex. Thereby encouraging some men to grasp for dominance.
It’s sad to say this but it has become a cycle. Overall, approximately 21.4% of the abusers have a history of abuse, mostly from their childhood.
Some will even tell you that spiritual reasons can be amongst, like possession and the likes but it is difficult to state that as a fact.
Psychological conditions do not cause abuse. Although, there are a few mental disorders that does increase the risk of abusive patterns to surface.

Who is affected by abuse?
Most people choose to see only the women who are affected by abuse but try to overlook the fact that some men also go through similar situations. Some would say ‘it’s only a weak man that will allow himself to be abused by a woman.’ But that is not true. Anyone can be a victim of abuse, irregardless of your age or gender.

Why didn’t you leave?
This question strikes abuse victims like a knife through their heart. It is important to understand that abusive relationships don’t start that way. They start sweet and loving followed by an attempt of the abuser to isolate the victim from loved ones, then the threat of violence, followed by an apology, then a continuous cycle of violence.
To leave isn’t the first instinct, for most victims don’t even realize that they are in an abusive relationship until it is too late. When they finally realize this, they are either too ashamed, not sure anyone would believe them because the abusers usually put on a different mask for the rest of the world, scared for their life, have no financial freedom or even trying to protect their children.
The stage when the victim threatens to leave or tries to leave is usually when the abuser results to murder.

What can be done to help this situation?
If you are currently being abused, the most important thing to do is to break the silence! Tell everyone around you, there are also victim support agencies that you can reach in some countries to help out.
The government has an important role of implementing laws that protects everyone.
For the rest of the world, we need to engage in conversations everywhere, let people know the signs, so if they see anyone in such situation or they happen to be in one, they will be able to voice out.
Let’s break the silence and say no to domestic violence.

THANK YOU FOR READING.
PLEASE DO NOT FORGET TO SUBSCRIBE ,SHARE,LIKE & ALSO LEAVE YOUR COMMENTS. 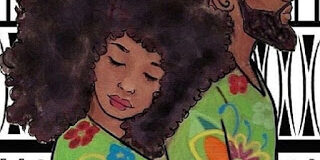