YOU ONLY DIE IF YOU EVER LIVED.

YOU ONLY DIE IF YOU EVER LIVED. 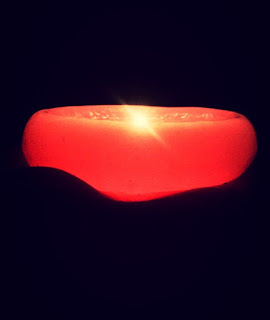 FATIMA
Nothing beats a late night car ride, with the air conditioner beating the heat out of your epidermis or with the side windows down just after a heavy downpour; inhaling the cold, wet, leaf scented air, together with a good conversation.
Sitting in the passenger’s side of Segun’s Range Rover, I remembered what Tade said to me a few days ago while we were chatting, he mentioned how he heard that I would only date a guy if he had a car. I was perplexed and told him it wasn’t true, but right now I’m trying to face my truth.
I’m not sure I would date a guy without a car but not because of financial reasons but I see no comfortability for me to be walking up and down and doing lovey dovey.
If I did own a car I probably could consider dating someone without a car but since it’s one sided right now, I guess not.
It’s not a criteria but since we are all young and having fun, we might as well do it the best way possible.
‘Fatima! Fatima!, don’t tell me you’ve spaced out again!’ Segun called thereby dragging me out of my thoughts.
I smiled and said nothing, the night was beautiful. Nights are always beautiful. With EdSheeran’s- Perfect playing on the radio, the moon glowed and I basked in her beauty. Segun started rubbing his hands over mine in a ‘lovey dovey’ manner.

I rolled my eyes, since the moment he told me how he felt about me, this part of our meeting has always been predictable.
It was a shocking revelation for I mixed up all his signals and was quite sure he wasn’t into me in that way until he said otherwise.

He’s a tough one, even after turning him down countless times and hammering into his lovely adamant brain how I was only interested in our friendship, he wouldn’t back down. He is a very lovely person but I am more focused on my business and school right now.
Segun drove up to my hostel with so much speed I thought when he pulled his breaks we were going to crash.
He planted a kiss on my cheek with pleading eyes so watery begging for my love.
“Snap out, you ain’t doing this, you can’t do something out of pity.” My inner voice raged.  It can’t possibly be my fault, I’m not leading him on, he knows the terms and conditions yet he decides otherwise. He’s going to be a good boyfriend but not my boyfriend.

I said those words to myself as I have rehearsed time over time. I do like Segun, I could even say I love him. What’s not to love about him? The downside to all of this is the fact that he did have a ‘thing’ with one of my closest friends a few years back and she’ll kill me(literally) if I ever had anything to do with him in that manner.
I could never help but fantasize what his lips tasted like, I wanted to give in to temptation but the ‘girl code’ won’t let me.

Driving back home after dropping Fatima off at her hostel, I couldn’t help but wonder if the couple of night stands I had with ‘Damilare’, one of Fatima’s closest friends had anything to do with the reason she keeps turning me down. It would be so unfair for everyone involved has moved and from what I heard, Damilare is even engaged.
Fatima’s eyes sings nothing but the tunes of love but her lips says the opposite.
I know I should just move on and I’ve tried but Fatima and I are soulmates.
I ordered pizza for I was too emotionally drained to cook.
I showered, got in bed and in a matter of minutes I was slowing dancing to the tunes of sleep.

For the rest of the evening, I have been contemplating on asking Damilare if she wouldn’t mind if I dated Segun. I knew she wouldn’t be okay with it but it was worth a try.
I called Damilare and tried to tease her about Segun but she didn’t react in a jealous way. I went ahead to tell her about how Segun had been giving me signals and I have reason to believe he might want more than friendship.
‘Fatima, Según is an old story, if you do like him, you can do anything you want but be careful, for when someone gets hurt don’t say I didn’t warn you’ Damilare said as she hung up.

I felt like a bad friend for I knew how hung up she was about him and this felt like I was betraying her. She is currently engaged but It took a while for her to come around to us being friends, but lovers? I might as well kiss our friendship goodbye. I don’t think I’m willing to risk my friendship for Segun. I didn’t call her back, I decided it would be best not to.

Suddenly, I was dragged back unexplainable from the sweet depth of sleep, it felt as if there was someone in the room, I looked around but couldn’t see anyone.
This was one of the days I was thankful for having a well organized room with no hidden corners. I went further and searched the entire boys’ quarters but I saw no one.
My feet froze as my head started feeling bigger inch by inch. I hurried back to the room as I could see my shadow reflect on the walls. My shadow was bigger than I was and suddenly it got closer and closer. I closed the room’s door and I was facing my shadow or what I thought was my shadow.
I tried blinking a couple of times to make sure I wasn’t imagining things, but nothing could prepare me for what happened next as the ‘shadow’ materialized into an entity fully clothed in black. My legs were failing me as it reached forward with claws long enough to reach where I stood.
I wasn’t sure if I could process what was happening. These things are supposed to be impossible, I tried to call God but when I tried speaking nothing came out. It felt like my tongue had been tied up with a tiny rope and attached to my small intestine. The entity made an inaudible sound as my heart exploded and shades of black was all that followed.

I went downstairs to fetch some water. On my way back, reaching the 4th floor I heard footsteps behind me and when I turned around they stopped and I saw no one.
‘Who’s there?’ I asked as I dropped my purple bucket carefully on the stair landing.
‘You should quit playing, it’s too late for this please.’ I begged as I looked around and waited for an answer but got none.

No one answered so I decided to head up to my room on the 6th floor. I was about to carry my bucket as the bucket filled with water launched down the flight of stairs, I could have sworn someone pushed it but there was no one there, a bucket can’t just fall off on its own. I walked down the stairs and as I attempted to pick the bucket, it rolled over and went down another flight of stairs. I know mind tricks when I see one and this wasn’t one, something was wrong.

I decided to let the bucket be as I turned back to head up the stairs, I saw Segun for a split second, he was dressed in white, his skin was pale and covered in blood.
‘Segun!’ I screamed as the figure disappeared like it was never there.
Goosebumps clawed through my entire body as confusion hit me like a bullet. Was something wrong? Or was I just going crazy?
I ran as fast as I could up the stairs, into my room, yanked the charger off my phone and dialed Segun as fast as I could, he wasn’t picking his calls.
Immediately, I took off my shorts and yanked on a jean trouser, picked my wallet as I said little prayers in my head, calling God over and over and over and I didn’t stop.

I took a cab straight from the front of my hostel to Segun’s boys’ quarters. I might be crazy, if I’m wrong and everything is alright, I will be relieved and probably just say I left something in his car. This back up plans were a way of making myself assume my feelings were wrong but I know I’m usually never wrong about things but today, I pray I’m wrong.
Luckily for us, Segun insisted I kept his spare keys about a week ago even though I promised to never use without his permission.
I kept dialing his number but he wasn’t still picking up. I dashed into the house after unlocking the doors, he was right there, on the floor, looking stone cold.
‘Segun Según!’ I called as my heart leapt out through my mouth.
He wasn’t responding.
I headed for the door to go call the cab man to help me but suddenly I felt thunder strike on my face in forms of slaps and I couldn’t see what or who slapped me thrice, I held on to my sore cheek as I continued praying and tried to not allow fear consume me.
I got the cab driver to help and we rushed him to the hospital.
In the last hour, I had called God more times than I have ever did in my entire life.
What if this was his time to die? He loved me and all I could have done was allow myself love him back freely but I didn’t. I could not break some non existing ‘girl code’.
Tears sprung down my eyes in gallons. I managed to call a couple of Segun’s friends.
They tried to calm me down but nothing worked. My right cheek was as red as a tomato,I put an ice pack on it but I was too scared to pay attention to myself.
A doctor was heading our way and he looked like he was about to deliver bad news.
Regret crawled all over my skin together with anger, sadness and a couple more emotions I couldn’t identify.

I opened my eyes but the lights were so blinding I had to close them and slowly reopen. The warmth on my left hand suggested someone was holding on to me. There she was, Fatima as her tear-filled face blended with happiness.
‘Guess you couldn’t stand me dying.” I teased as she hugged me so tight I could almost feel a rib snap.

The doctors suggested Segun fell down, hit his head and passed out.
We know that’s not what happened, but till science can understand what goes on in the spiritual realm it will always count it as insignificant. For those of us that know the battle has different phases and realms, we lace up and keep fighting.

If nothing else, it has dawned on me the extent to which life is short and how everything is a gift. The question of Damilare’s involvement is still unanswered, and I don’t think I want an answer.
I’m not going to cheat myself out of anything. I’ll live my life the best way possible with no regrets.

THANK YOU FOR READING. PLEASE DON’T FORGET TO LEAVE YOUR COMMENTS,SHARE AND SUBSCRIBE.

WISHING YOU A HAPPY HALLOWEEN!